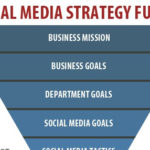 According to PWC, advertising on the web just surpassed advertising on television. This year, paid social advertising spending will hit an all time high, at a forecasted $10 billion, a whopping 31% increase from 2014. With stakes like these, the pressure is on for CMOs and digital marketers to go beyond "likes" and start demonstrating real impact. Much like direct … END_OF_DOCUMENT_TOKEN_TO_BE_REPLACED 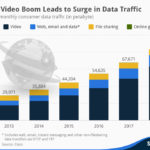 It should come as no surprise that the amount of video being consumed by the typical US Consumer has skyrocketed over the past decade. Just the last four years we have seen the number of minutes of digital video watched go from 513 minutes per month to 750 minutes per month, and it is anticipated to only increase. I recently had lunch with a friend of mine that commented that … END_OF_DOCUMENT_TOKEN_TO_BE_REPLACED

The Infomercial Industry has felt the shock of the loss of one of its all time greatest Icons that is for sure. The loss of Billy Mays has made national and international headlines. What is certain is that Billy’s untimely passing has been headlines, what isn’t certain is that it mean for his family the those that own the products and infomercials portraying the likeness of … END_OF_DOCUMENT_TOKEN_TO_BE_REPLACED

Billy Mays Without a doubt Billy Mays helped the recent Infomercial industry rebound. Our industry has experienced great success lately, due to the current economy in part; however you have to give the pitchmen credit…good or bad. I’ve seen several posts today stating that “now the guy from Shamwow has it all to himself”. What a terrible mistake to put Vince and Billy in … END_OF_DOCUMENT_TOKEN_TO_BE_REPLACED

Dilbert joins the infomercial producers association? Even Dilbert knows you can’t just “throw something against the screen and expect it to work”. Over the years I have been surprised by what works and what doesn’t. One key finding is that all successful infomercials follow the same rule of thumb. Hook, CTA, USP and Offer. Each of these should be strategic in nature and … END_OF_DOCUMENT_TOKEN_TO_BE_REPLACED