Dilbert joins the infomercial producers association? Even Dilbert knows you can’t just “throw something against the screen and expect it to work”. Over the years I have been surprised by what works and what doesn’t. One key finding is that all successful infomercials follow the same rule of thumb. Hook, CTA, USP and Offer. Each of these should be strategic in nature and … END_OF_DOCUMENT_TOKEN_TO_BE_REPLACED 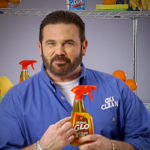 Billy Mays For President Good for Billy and good for the industry because Billy is a great guy and projects a good image for our industry. Billy has become his own brand and we wonder what type of brand elasticity Billy Mays has. As we all know when something is a fad or becomes trendy they tend to go the way of Arthur Fonzarelli in his now infamous Happy Day’s … END_OF_DOCUMENT_TOKEN_TO_BE_REPLACED

Infomercials bring us some of the greatest innovations of our time.  Where else can an inventor bring  a product to the masses so quickly and efficiently?  But of course there are always those that take advantage of a good thing.  In the early days of infomercials we saw a lot of people producting shows that were meant to look like a news show, or a … END_OF_DOCUMENT_TOKEN_TO_BE_REPLACED

In a recent interview posted on Scifiwire: Ben Stiller and Shawn Levy, the star and director of the fantasy comedy Night at the Museum 2: Battle of the Smithsonian, told reporters that they invested a lot of time in finding just the right story on which to build the sequel. “We wanted to find a way to separate the first movie from the second movie that was different, because … END_OF_DOCUMENT_TOKEN_TO_BE_REPLACED

One of the tough but necessary things to do in this economy is to keep marketing. You need to keep putting your messages in front of consumers. According to the Wall Street Journal, infomercials have become cheaper to put on the air. The economy has put TV stations in a bind. “Typically, DRTV (direct-response television)comes in two forms: Two- to three-minute spots … END_OF_DOCUMENT_TOKEN_TO_BE_REPLACED